TUNE INTO THE GRACELACED PODCAST

It's Harder Than It Looks I think every mother has, at one point, thought that motherhood is harder than she imagined it would be.

I've endeavored to do much in my near four decades of life, but nothing has ever required more by way of persistence or elicited more fear of failure, than motherhood.

With no real tools but idealistic thinking under my belt, I went into motherhood with visions of bliss and beauty...

I recently purchased a dip pen. With the current popularity of typography and calligraphic fonts, I decided I would (literally) try my hand at calligraphy. I picked a pen up at an art supply store, along with some ink, sat down at the table with some paper...and waited for brilliance to flow from my nib. The ink flowed, but overwhelming artistry did not.

Calligraphy was harder than it looked....harder than I thought it would be.

I set my pen down in juvenile defeat, and looked at my paper full of irregular markings and failed attempts at grace and beauty.

"It looked so natural, so simple, so free-form!" I think to myself. "How do they make it look so effortless!"

Mastery takes time. And, effortlessness is mastery minus the self-criticism.

It's near impossible to be free in the enjoyment of something when you are constantly criticizing yourself in the doing of it. And...the grace and beauty that others see as natural and effortless? I think that has something to do with enjoyment and freedom.

So, I think of all that keep us feeling discouraged as mothers...all that cause us to think that we've signed up for something that is beyond our ability, requiring more than what comes naturally, and harder than it looks. The more we wrap ourselves up in self-criticism and guilt, the more we cloak motherhood in impossibility; but, when we choose to allow the enjoyment and freedom of the Master work through us day by day, we are mothers sheltered instead by His ability, not our own.

All pursuits worth endeavoring have common denominators: They take work and persistence...they take more than you thought they would before you started.

Yes...but, friends. In Christ, motherhood, discipleship, and any pursuit of good and godly works know only boundlessness in the righteousness bought through His shed blood. We can't produce such mastery without the master mastering us.

Let that breathe new hope and joy in our day today as mothers. He is at work, effortlessly writing the beautiful story yet to be told in and through your imperfect days as a mother. To Him be the glory. 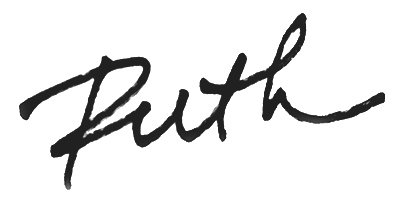 How Sunrises Help Me Trust God

The Pressure’s Off: Rest in God